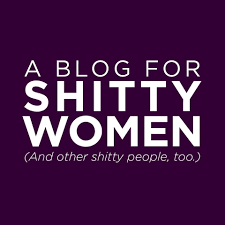 Yeah you, bitches; I’m coming for you today.

We love to sit around with our girlfriends and cackle about the depressing state of the common single man these days, but do we ever ask ourselves how they got that way? Do we ever take responsibility? I’m no saint and I’ve committed my fair share of transgressions. I always apologized and I’m on pretty good terms with most of my exes but I’m sure I left a few dents along my selfish way.

I’ve never outdone the douchebags I’ve loved so I took myself out of the pool for 5 years.

I’m now swimming in men who’ve been lied to, cheated on, let down and disrespected. It’s a murky puddle of brokenhearted good guys,gone wrong. Shitty, irresponsible women are absolutely the reason this pond is so stagnant and full of bottom-feeders.

That guy you strung along because you were lonely? Yeah he’s torturing the woman who loves him, now. Good job, asshole.

That man you cheated on? Yeah he’s bleeding internally and denying himself basic happiness while juggling women. You’re a real cunt.

That guy you nickled and dimed to death because you like to be “spoiled”? Yeah he only goes dutch now and he’s never going to find love again. You’re a fucking dick for leaving this guy with a quirk weird enough that it’s cockblocking him years later.

That guy you ghosted? Yeah he’s ghosting me now and I’d like to kick you squarely in the vagina. Would it have KILLED you to send him a damn text? No.

That guy you lied to has a repertoire to rival the best con men, now. You armed him with all the tools to mislead the masses and now he’s breaking hearts and promises at breakneck speed. The karmafairy will even this one out and I don’t envy you the bad man you’re going to end up with as a result.

It’s easy to get caught up in your own feelings but when you damage a person for life and future relationships, you fucking suck.

We are not innocent in the state of the menfolk these days. I was talking to my favorite lesbian last night and told her I was just going to start dating women exclusively and she laughed at me.

We are just as bad and in some cases, even worse. We made these bad men and as single women, now we get to try to rectify another woman’s bullshit behavior or clear-cut through the scar tissue she left behind.

We aren’t all bad and neither are they, but we do have to take responsibility for the few we contributed to the murky depths of the swamp.