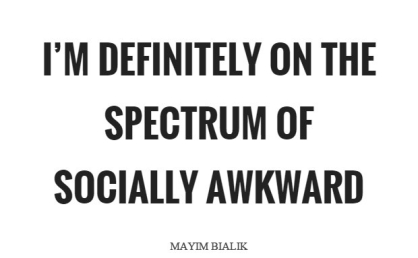 I’m not very social anymore. I fake it occasionally, with mixed results. Last night was a perfect example. A friend I’ve had since elementary school invited me to go see some music and play a little. She got me a ticket, had her daughter babysit and offered to pick me up AND deliver me safely home. With no excuses available, anywhere… I had to go.

I’d be lying if I didn’t admit that I wanted to cancel, all day. It didn’t help that the Dumpling had an upset stomach all day, either. Two minutes from sending the “I just can’t” text… my little sister called and said she was going, too.

Now I REALLY had to go or I was going to be late. Being noncommittal is one thing… but I will NOT be rude. I hopped on my bike and the tires were flat. Ugh. I finally had an awesome reason to bail but the babysitter was smiling sweetly from the couch and I knew I could walk if I had to. I called my sister and she was on her way to get me. Committed to having fun, I slid my feet into my new nude wedges and we were off. Full of dread and hesitation, albeit punctual. Awesome. 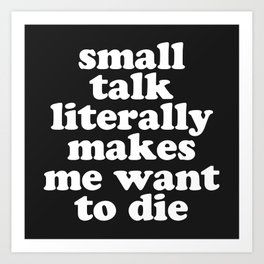 I sound like such a bitch… but perhaps that’s because I’m not very good at pretending anymore. I spent years in an apron, slinging food and drinks. Polite small talk is a superpower of mine… one that I abandoned for a day job that allows me to avoid people indefinitely. Leaving the house at night means I’m running the risk of seeing those folks I enjoy NOT seeing.

Five minutes in the door, the first one pops up. It’s a woman I used to know when I was dating the dirty boat stealing hippie. I’ve never been anything but nice to this lady… and she fucking hates me. We had one conversation about 15 years ago.

FB- It’s not that I don’t like you, I just don’t like that you’re craftier than me. That’s my role.

Um…. ok. For the record: I have a tramp stamp that says Crafty. I just am. I haven’t tried to cross that bridge again until last night. I looked up to see her smile/sneer at me and braced myself for whatever fun thing she had to say now.

She gestured towards my breasts. Some women are so fucking rude. She’s awfully lucky I was stone cold sober or I’d have offered her the pen in my purse with my plastic surgeon’s number printed on it.

Let me take a minute for a jealous bitch public service announcement.

*- If you have little titties and wish you didn’t, buy yourself some big ones. It is not my job to apologize for buying, loving or showing mine off. They’re a proverbial car that’s been surgically inserted under my sad, old titties. As you can see, it’s working out and they were a wise purchase… FOR ME. Don’t hate. Buy your own. Or don’t… but for the love of GOD… shut your hateful mouth if you don’t have anything nice to say. Sew that into a fucking quilt.

I smiled and walked away. See? That’s maturity and grace, in action. I also looked at my phone to see if it was a safe time to duck out and go home early. Nope… it was barely 10 and the show had just started.

I looked up to see a tall creepy man, eyeing me. OH NO. This is where Tinder is not your friend. For the record, the creepy ones ALL recognize you from your profile pic and this man is no exception.

A little background is necessary.

I met Mr. Creeper on Tinder. Never a first date, as he’s not my type. I thought it might be cool to have a guy friend that wanted to go to stuff and not be creepy. I forgot those guys don’t exist. Creeper would make polite small talk for a few days, then throw in a “We should Netflix and cuddle. Come over” just when I thought he might actually be cool. We had a mutual friend and I asked her about him. She was surprised he was on Tinder and told me he was nice. I actually considered just giving it a chance and trying a date with someone I was 100% not into, which is when he creeped me the fuck out.

C- I Facebook stalked you today. Your daughter is cute.

My blood ran cold and I thought I was going to throw up. I went to Facebook immediately and checked to see if I’d accidentally set a picture to public and hadn’t. I realized then that we had a mutual friend and he could see those pictures. No habla stalker and I blocked him faster than I could tell him so.

♥- Yep, he stalks me too. Since Creeping is so sexy. Ugh.

With each step we took on the lower level of the venue, he watched us intently. He was creeping hard and making us both painfully uncomfortable. We retreated back up the stairs and out of sight from Creepy McCreeperson. He was reason enough to justify my desire to hide a little.

I have to be fairly drunk or inspired by the music in order to dance so I’m content to just listen to the music and enjoy my cocktail. I am completely guilty of being a boring date these days. I can’t handle cigarette smoke, cheap pick up lines don’t even inspire a tipsy laugh and high heels make my feet hurt like hell. My sister laughed a few times and patted me on the back.

♥- You look a little miserable.

J- That’s because I kind of am. I don’t think I have this in me anymore.

♥- Sure ya do. We’ll stay until midnight. You’ll be fine.

We walked home and she let me wear her flip-flops. My shoes had become torture devices and I’d decided that walking on the blisters they were giving me was less painful than keeping them on. Back when we partied hard together we used to stop for a burger on the walk home, so we made the same stop again last night. I could write a thousand words about those burgers. They are that delicious. It’s also really great to hang out with your sister and eat a gas station burger at 2 in the morning.

We walk home and call cabs, now. We eat our burgers at the table like ladies… not in my bed… like the crazy, old days. She eats a fish sandwich now and I will forever worship at the alter of the Dairy Depot bacon double cheeseburger with american cheese. We’ve grown up a lot and I’m really grateful that we’ve also grown back together as sisters. Nobody understands my awkward like she does and nobody makes me embrace that side of myself like her.

What can I say? Once upon a time I was one hell of a party and now I’m just a private show. ♥